Bank or credit union? 7 considerations for your personal loan 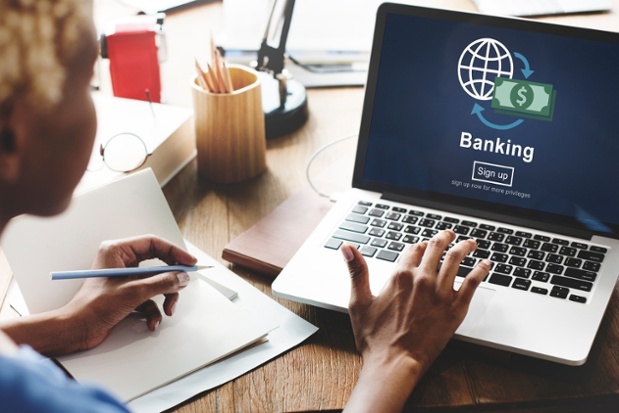 Last year, some of New Zealand’s biggest banks revealed a staggering $1.2 billion net profit in the first quarter of 2016 alone. At a time where Kiwis just like you are struggling with higher bank fees, multiple mortgage rate increases, and the financial realities of everyday life, it can be a tough pill to swallow.

While it's easy to see the banks as a familiar choice, they're far from your only one. In fact, with many banks preoccupied with chasing increased profits for outside investors, at times they might not even be your best choice.

More and more, New Zealanders just like you are looking for alternative financial institutions that have your best interests at heart, whether you're looking to make a change or just make an informed decision about your next personal loan.

Whether you'll be using it to pay off credit card debts, repay your loans, or pay for your dream wedding, you should take a moment to consider all of your options before you apply for a loan. But what should you consider before making this important decision? What are the differences between a bank and a credit union? Which one is right for you? And is it time to debank yourself?

At a glance, credit unions and banks offer many of the same financial and banking services, including personal loans, debt consolidation loans, car and vehicle financing, home loans, and everyday accounts, to name a few.

Look past these similarities, though, and you’ll find a number of key structural differences that truly set these financial institutions apart. Most of which deal with how they make their money, and who they make it for.

The big banks operate like any other corporation, aiming to generate profits for their shareholders while their customers - that's you! - are viewed as just that: customers. When you deal with a bank, you have no say in - or ownership of - the bank itself.

Interested in learning more? Here are 7 of the most important ways these two financial institutions differ:

While credit unions and banks offer similar services, they differ wildly in the interest rates they offer, particularly when it comes to both secured and unsecured personal loans.

The big banks tend to charge more, over a longer period of time, because they need to ensure they’re increasing their bottom line and keeping both their investors and shareholders happy.

Credit unions, meanwhile, are not-for-profit organisations, so they're able to offer much lower rates. Compare the two with a service like Interest.co.nz, and we're certain you'll be surprised at just how large the gulf is between the rates on offer.

By taking out an unsecured or secured loan with a credit union, you’ll pay less over the life of your loan, and save yourself a small fortune as a result.

We'd all love to plant a money tree in the backyard, but money still doesn't grow on trees. So, where do the banks and credit unions get their money?

The big banks usually raise funds via a number of sources, including local New Zealand customers and central government accounts. They also borrow a large chunk of their funds from offshore markets, as these local sources alone aren't enough to cover increasing demand.

Unfortunately, the costs involved in borrowing from these international sources is often more expensive, which can result in bank loans that cost more and are tougher to get.

Credit unions like Unity, however, are not reliant on offshore funding. Instead, the money they lend out for personal and home loans is the exact same money that is invested and saved by customers. That's you!

Vice versa, the money that you invest with a credit union is not reinvested offshore, or in other companies, and is instead invested back into home loans and personal loans, much like peer-to-peer lending.

The big banks report record profits year after year because, as we mentioned earlier, they operate like any other big corporation. This means they always have to keep one major thing in mind: profits.

Credit unions, however, operate as not-for-profit financial co-operatives who ensure their earnings are paid back to their customers - that’s you! - which often takes the form of much lower personal loan rates, higher savings rates, and other customer benefits.

This is why you’ll often find you can obtain a loan from a credit union at a much cheaper rate than those offered by the big banks.

On the one hand, the big banks have customers. These customers have no ownership in the bank itself and have no say in how it operates. They also have no rights beyond those afforded to them as customers.

When it comes to the big banks? They operate for one reason - profits - and for one customer: investors.

On the other hand, credit unions have customer-owners. Each customer of a credit union is also a part-owner, though not in the way you might expect. No, they don’t have an office. They don’t have a name tag, either. And they don’t gather around the water cooler on a slow Tuesday afternoon.

At the end of the day, a credit union doesn’t operate to serve investors, they serve their customer-owners - that’s fellow New Zealanders just like you and me - who have deposited their money into the credit union.

The big banks deal with thousands of customers each and every day, which means it's impossible for them to see you as anything more than just another number.

Due to their tendency to be local and smaller, credit unions get to know you by name, are able to offer a personalised service that listens to you, your needs, and then offers you an array of options that best suits your financial situation.

Maybe you want to live your life debt-free? Or perhaps you’re looking for help with financing a used vehicle? Whatever you need, a credit union isn’t trying to hurry you out the door. Instead, they have the time to sit down with you and give you the advice you need to live your best financial life.

Given their size, banks tend to be in more places at any given time, with more branches and ATMs available.

Thanks to the rise of internet banking, credit unions are able to overcome these hurdles, and offer their customers the same easy access to their money no matter where they are, no matter what they’re doing, without having to rely on a large network of branches.

While in the United States or Australia, there may be concerns about the easy access to a local branch, New Zealand’s smaller size offers Kiwis a great opportunity as you’re never too far from your local credit union branch or ATM.

The big banks tend to be stricter when it comes to who they lend to, and how much they lend.

In comparison, credit unions have more flexible borrowing standards, and they may be willing to work with you where a big bank may simply turn you away. If you’re self-employed, for example, you may struggle to be approved by a big bank, while credit unions offer the same low-rate loans for self-employed Kiwis just like you.

Credit union or bank? Which is right for your next personal loan?

Your choice of a bank or credit union is largely dependant on what your needs are, and what you value most in your financial institution. While the big banks may have more branches, credit unions often offer a range of financial perks and advantages, including fewer fees and charges, personalised customer service, and better interest rates.

Here’s a quick summary of the points you should keep in mind before you apply for a personal loan.

Ultimately, who you decide to work with for your next personal loan comes down to who you like to do business with.

Back to Finance blog