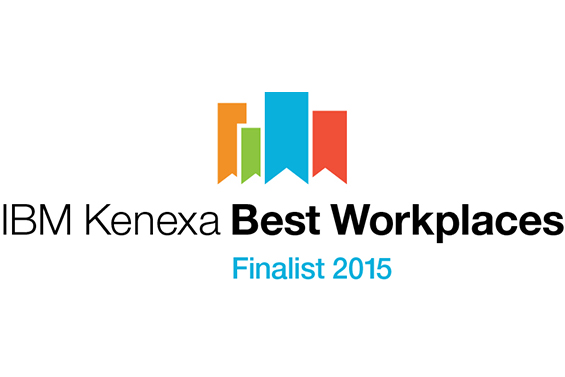 Hawke's Bay 28 September 2015 – NZCU Baywide has been named as a finalist for the second year running in the small- to medium-sized company category of the 2015 IBM Kenexa Best Workplaces Survey, New Zealand’s largest, and longest running, study of workplace climate and employee engagement.

The annual survey identifies the best places to work in New Zealand, as rated by employees.

Over 30,000 employees from 193 organisations, across both private and public sectors, participated in 2015, providing their perceptions of their workplace, leaders and aspects of their employment.

Gavin Earl, CEO NZCU Baywide was humbled with the result. “We are extremely proud of this achievement. Being able to be a repeat finalist, following our success in 2014, is hugely rewarding for our teams. We are committed to helping everyday Kiwis with their finances, with service to members being a key factor. The result in part reflects the buzz our teams get from being able to do this, combined with the team work and dedication that make this a great place to work”.

NZCU Baywide is the only small-to-medium Hawke's Bay business to be selected as a finalist in 2015, and one of only 2% from Hawke's Bay to have been a back to back finalist.

Participating organisations ask their employees to complete a confidential survey about their workplace between May and August.

The winners of the 2015 IBM Kenexa Best Workplaces Survey will be announced at a black tie dinner in Auckland on 5 November.